Helm has worked with many fine musicians and dancers over the group's multi-decade existence. It's co-founders are Ling Shien and Mark Bell. You'll find brief bio's of them below. 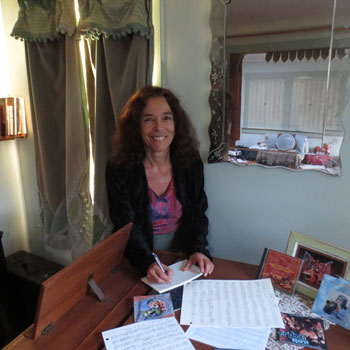 Ling Shien's music studies began with the piano at the age of five. Her formal training in western music continued at the Music Conservatory in Aix-en-Provence. She started playing Arabic music shortly after meeting Mark in Southern California in 1979 and has studied Arabic and Turkish disciplines "at the source" in Cairo and Istanbul. Ling Shien is the primary composer of Helm’s original music and lead vocalist. Her songs draw on her past and continuing studies of folkloric and classical Middle Eastern music. She plays nay, mizmar (zurna), kawala, accordion and zumara. Her dance background in ballet, folk, cabaret, and ATS® (American Tribal Style®) influences both her dance style and her ability to create effective choreographies. Ling Shien has contributed articles to the Gilded Serpent, among them: Making Music in Turkey and Ling Shien Demonstrates Quarter Tone (1/4 Tone) Accordion. 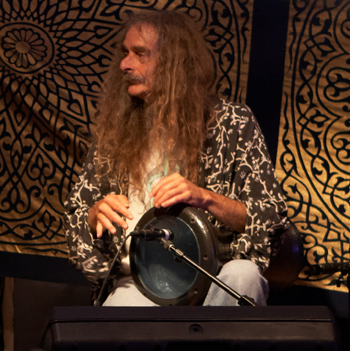 Mark started playing Middle Eastern percussion in 1972 and got his first gig that same year playing for Bal Anat. He performed for years in both Arabic and Persian nightclubs in the San Francisco and Los Angeles areas, as well as numerous California Renaissance Faires. He worked fulltime in nightclubs including the Baghdad, the Casbah, Apadana's, Cabaret Tehran and Delilah's. Mark has traveled and studied percussion extensively throughout the Arab world and Iran. He has also performed with Armenian and Greek groups as well as Balkan ensembles. He won a Grammy in 2005 on the compilation album Beautiful Dreamer - Songs of Stephen Foster. Mark plays darbuka, toumbak, davul, cajon, and tambourine (riqq) and frame drums.